Here’s my story, things I’ve been through, my ups and downs, especially the first years after my accident.

I’m from the Netherlands.

But I’ll start from the beginning.  After kindergarden, I did 6 years of school and after that 6 years high school.  Then I realized a job in an office wasn’t the thing I was born for, and started to learn as a car mechanic. That was when I met my girlfriend, who is now still my wife.  I really liked cars, but as it was a duty for every 18-19 year old boy, I had to join the army. Only I didn’t go for 14 months as a duty, I went for 4 years as a professional soldier.

As cocksure as I was, things weren’t like I expected. Too many bosses above me so I spent lots of weekends not followed orders as I should have…….  Only benefit I had in the army was that I studied further in car techniques, and after my 4 years I found a job as a manager in a company developing LPG installations in private cars for car importing companies, dealers, but also private owners.

Meanwhile, I was racing bikes as a hobby and compared to other riders I was most of the times fastest on the track during race days. So I decided to start racing, first the tt-circuit in Assen and then Benelux races and so on. These were really great but expensive times and as I couldn’t afford it year after year and I wasn’t that good to make a living out of it, I decided to stop. To get rid of my energy I decided to go mountain biking. My friends and I often went to Belgium or Germany to take part in mountain bike touring events. Great sport! Those days, we, my girlfriend and I, were planning to get married in September 1991.

There was only one little thing. In February, 6 months before the wedding, she appeared pregnant…..As we already planned the wedding, we needed to reschedule it earlier to May, and my wife gave birth to our son in September 1991. Man I was proud!!!

Then, he was 11 months and I went mountain biking with my cousin/nephew on a Sunday morning. That morning would be the last day I would walk.. I didn’t see a drain/ditch, as it was overgrown with grass and drove into it. I remember I fell with my face into the sand and made a looping with my head, felt like that doll in Poltergeist the movie. Then I laid there and saw a hand lying in front of my face. I thought I drove into someone else but within a short moment I realized it was my own hand and not someone else’s.

After that it was the ambulance, first aid and a trauma team over me. I was soon in intensive care with 4 screws in my scull with a 14kg traction weight on it.

I broke my neck between c5-c6.

My world collapsed, especially the plans I had with my kid and my wife.

I was in the hospital for 3 weeks after an operation in my neck to fasten it all together again.  After that I went to a rehabilitation center.  I remember they brought me by ambulance and at the moment they drove my bed into the entrance I thought to myself: “I’ll show them, I’m gonna walk out of this place. Things are gonna be alright, I’ll show them I can do this”… But I didn’t. During following months things became clear to me that I would not become alright this time. At first I couldn’t even move my arms and it felt humiliating each time they brought me to therapy. Really humiliating. They gave me a (tank) wheelchair and first thing I did was make sure I could go to therapy myself.  First few weeks I even had to rest mid-way from therapy to the elevator, even if I was only 5 meters from it. I’d rest, regain strength, and then push the final meters in my tank wheelchair.  The rehabilitation was kind of like going back to my youth again.  We had to follow strict rules.  For instance, people who needed help had to be near their bed between 10:00 and 10:30 pm in order to receive it. Often we didn’t make that time, or we’d arrive 1 minute before “closing”, just to tease. They weren’t that happy with us then. Sometimes we were even drunk. All these 11 months I regained some strength, learned how to transfer to/from bed, in/out of a car etc. I owe my therapist a lot, I know that’s for sure.

Then, after rehabilitation I had hard times, including my wife and our child. Those years we really had it smashed in our faces, what it was to be like I am now. Vacations? NOT FOR ME!!! Not possible, as we already had a horror trip to Gran Canaria, Spain. I couldn’t even enter the toilet or washing room. It was all due to bad preparation and ignorance. Only things I saw where things I couldn’t do anymore. Skiing, biking, sports, motor-biking, playing with my kid, loving my wife.

To my wife, in my opinion, I was the man who earned the dollars, she worked part time for the extras, but things were now opposite. When I got back I got a wife back who was independent as she definitely wasn’t before. We often argued and I must have been, WAS, unbearable being unhappy with the situation. This went on for a few years and I guess we must have stayed together for our kid. I was depending on other persons……that’s not what a man wants is it? Also being brought anywhere by a pope taxi felt humiliating.

Then we bought a car, in which I could drive, a Honda civic coupe and I didn’t even know at first if I would be able to get my wheelchair inside, over me, next to me, independently. I already had seen someone do it and I thought I could do this too. And I could! Being able to go somewhere, anytime felt so good! At first only in our own city, but later throughout the entire country. The sky was the limit! Being able and disabled are opposites, but this was being able!

That was in ’97. I started to buy and sell used computers and went out to buy ex-lease computers, mostly buying 25 pieces wholesale and selling one by one to families, students and so on. Cleaning them, re-installing and adding hardware, I did it all by myself even with my injury. IT FELT REALLY GOOD TO ME.

My marriage was also much much better and we even tried getting another child as most people do!!! Also we kind of felt sorry for our son and ourselves, going everywhere with him alone, to the zoo, playground etc.. In ’99 “we” finally were pregnant and my loving wife gave birth to our second son.

We also went on vacation and it felt good, I even went swimming.

Nowadays I sell used motor-bike parts and accessories instead of computers.  Also work as a volunteer for the soccer club of my youngest son.  I work inside my house doing the cooking, minor cleaning and I bring/pickup my kid to/from school, sports, etc. But above all I’m raising my children and loving my wife! Also tried quad-rugby but found out I’m not that into team sports in combination with a family.  I go to fitness twice a week and go hand-biking when the weather cooperates a bit. First I did 10km but I do 35 km’s easy with my attaching hand-bike to my wheelchair @ 14 km’s/hour average. Not that fast but it’s my max. without having triceps. Also, I often go ride my wheelchair for about 6 km’s, just to keep strength and endurance. If I don’t do all these things, after 6 months for instance a 100 meter will be exhausting already. I’m speaking from experience. What I’m trying to say with all the above is, you have to be a bit cocksure in a positive way in order to get as far as you physically are able to. And you can get far more than you expect! A little bit of solving problems and finding solutions won’t do you any harm. What I mean by that for instance is tuning your wheelchair, making car transfers without lifting (creating your individual transfer board), stitching a piece of nylon on the bottom of your jeans to easily slide on transfer board, adapting your house if necessary. A good tuned wheelchair will take a quadriplegic 50x farther than a bad tuned, really.

All these things make life much better for a quadriplegic so he’s able to go anywhere he wants individually, by car, by hand-bike, by wheelchair, even by airplane.

At this moment I’m thinking of hand surgery. I’ve had a couple appointments with several doctors and surgeons. At first I made my decision to go for it, however, just a moment ago I called them with some questions. I had understood rehabilitation would take approximately 3 months, but now it appears that’s 3 months after each surgery. And I need 2……don’t know about that, yet.

I hope this story, my story, will be a supplement to Jacob’s site and it will at least help one, or maybe more persons see there will be light after dark and crawl out of their “dip”.

—UPDATE: 1/30/12—  (Arno decided to have hand surgery, with hopes of regaining muscle/movement)

I’m still at the rehab center. Tomorrow to my home sweet home after many weeks. Then I’ll be doing daily rehab program at a center nearby my hometown for approx 6 weeks until the 2nd operation. Since the 1st operation I’m in an electric wheelchair with my hand fully protected in order not to damage anything. They kind of broke my thumb and fixed it in a slightly different position to make a major benefit.
By the way, I believe they call it à “haus surgery”.
Grtz arno
disability story, handcycle, paralyzed, paraplegic story, quadriplegia, quadriplegic, wheelchair forums, wheelchair help, wheelchair support group 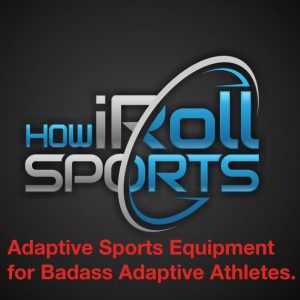 Around I'm not. Leave a message you should. - Yoda

Your Story: A Rollin’ Kind of Life…Your Story